Toyota Resale Value: Why Do Toyota’s Hold Their Value So Well? 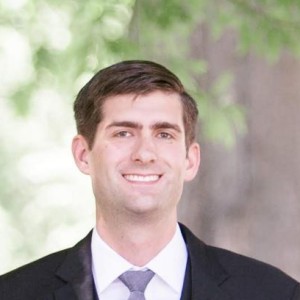 Are you curious about why Toyota's demand such a premium on the used car market? Read on to learn about 4 factors that lead to this occurring.

Some manufacturers are known for having their vehicles retain a high percentage of their original value. There is no better example of this than Toyota. Toyota resale value retain more value than any other manufacturer. On the other hand, many German luxury vehicles, like those from BMW, Mercedes, and Audi, lose their value very quickly.

In this article, we will take a closer look at just what makes Toyota resale value so great and try to answer the question: Why do Toyota’s Hold Their Value So Well?

The single-most important  factor that leads to the highest Toyota resale value is their excellent reputation. Since coming to America in 1956,  Toyota has built their entire marketing strategy around having an excellent reputation. This means having well-built vehicles that last a long time, and provide great value to owners.

Toyota has carefully crafted their message to build a rock-solid reputation in the eyes of US consumers. In fact, Toyota commonly wins Consumer Reports awards that demonstrate just how great a reputation they have. In addition, Toyota consistently over-engineers their vehicles to provide great safety, reliability, and value to their customers.

Toyota has long been a leader in providing value to their shoppers. Toyota strives to be a leader in areas that really matter to car shoppers, and pack their vehicles full of desirable features. One recent example of this trend is when they made Toyota Safety Sense standard on all models starting in 2015. This suite of advanced safety features included lane departure warning, adaptive cruise control, and many other features. While some other brands had these features as expensive options, Toyota made a bold statement in offering them as standard.

Toyota is also known for having longer model run cycles. This means that their vehicles are not reintroduced every few years like other manufacturers. Instead, Toyota invests heavily in the vehicle design and engineering, and then tweaks the design over many years, making only small changes and improvements. For example, the current year Toyota Tundra has essentially been unchanged since the 2007 model year. That is a long run time when other manufacturers have released several complete redesigns in the same period. This helps Toyota models retain a larger percentage of their original value and keeps Toyota resale value high.

When you think about common features of the oldest vehicles that you see still driving on the road everyday, what comes to mind? Seeing a Toyota emblem is one of the biggest common features that I see on a regular basis. Because of the way Toyota builds their vehicles, they really do tend to last for a long time.

In fact, it is not uncommon to see a 20-30 year old Toyota with 300,000 – 500,000 miles on it that has needed very little other than routine maintenance. This gives shoppers peace of mind when looking at pre-owned Toyotas and leads them to have higher than usual toyota resale value. If a shopper knows that they won’t have to spend a lot of money maintaining their vehicle, they are more likely to spend more purchasing the vehicle.

In many segments, the Toyota entry is the number one selling vehicle. The Toyota Tacoma and Toyota Corolla blow away the next closest competitor by a wide margin. In fact, the Toyota Corolla is the best selling car on planet Earth. Having many examples of a vehicle out on the road and performing well year after year helps to build value and protect the brand reputation.

This also helps protect Toyota resale value because there are always examples of Toyotas being sold on dealer’s lots and at wholesale auctions across the country. This allows the price of the vehicles to remain high, as high demand keeps the prices elevated causing higher Toyota resale value.

Do you have a Toyota or have you had one in the past? Be sure to leave your thoughts below on what you thought of your Toyota and how much it depreciated while you owned it.

PrevPreviousCostco Auto Program: Overview And Guide To Getting The Most Out Of The Program
On Key

Toyota Resale Value: Why Do Toyota’s Hold Their Value So Well?

Are you curious about why Toyota’s demand such a premium on the used car market? Read on to learn about 4 factors that lead to this occurring.

Costco Auto Program: Overview And Guide To Getting The Most Out Of The Program

A guide to help you save big by using the Costco Auto Buying Program. Save time and money at the dealership by using this excellent car buying program.

How To Buy A Car Online in 7 Easy Steps

Are you curious how to navigate the process of buying your next car online? Read this article to learn a step by step process to save time and money the next time you are shopping for a new vehicle.

What to Watch Out For When Arranging Financing Through A Dealership

Are you curious how to protect yourself when financing your next vehicle at the dealership? Read this guide to know what to expect and how to not get taken advantage of.

How To Buy A Car With Bad Credit?

Do you find yourself in need of a car and with bad credit? Read our step by step guide to save time, money, and stress while at the dealership.